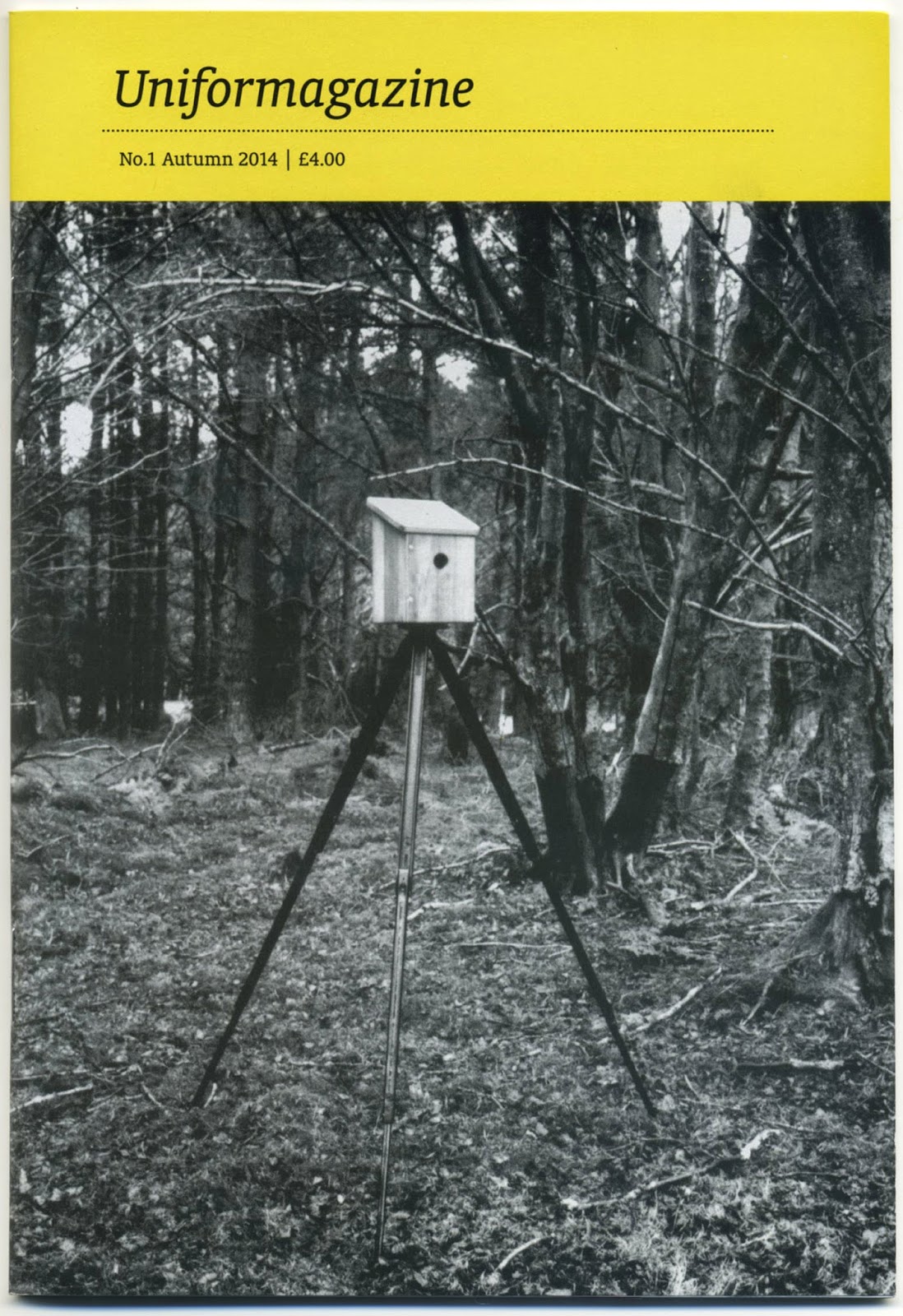 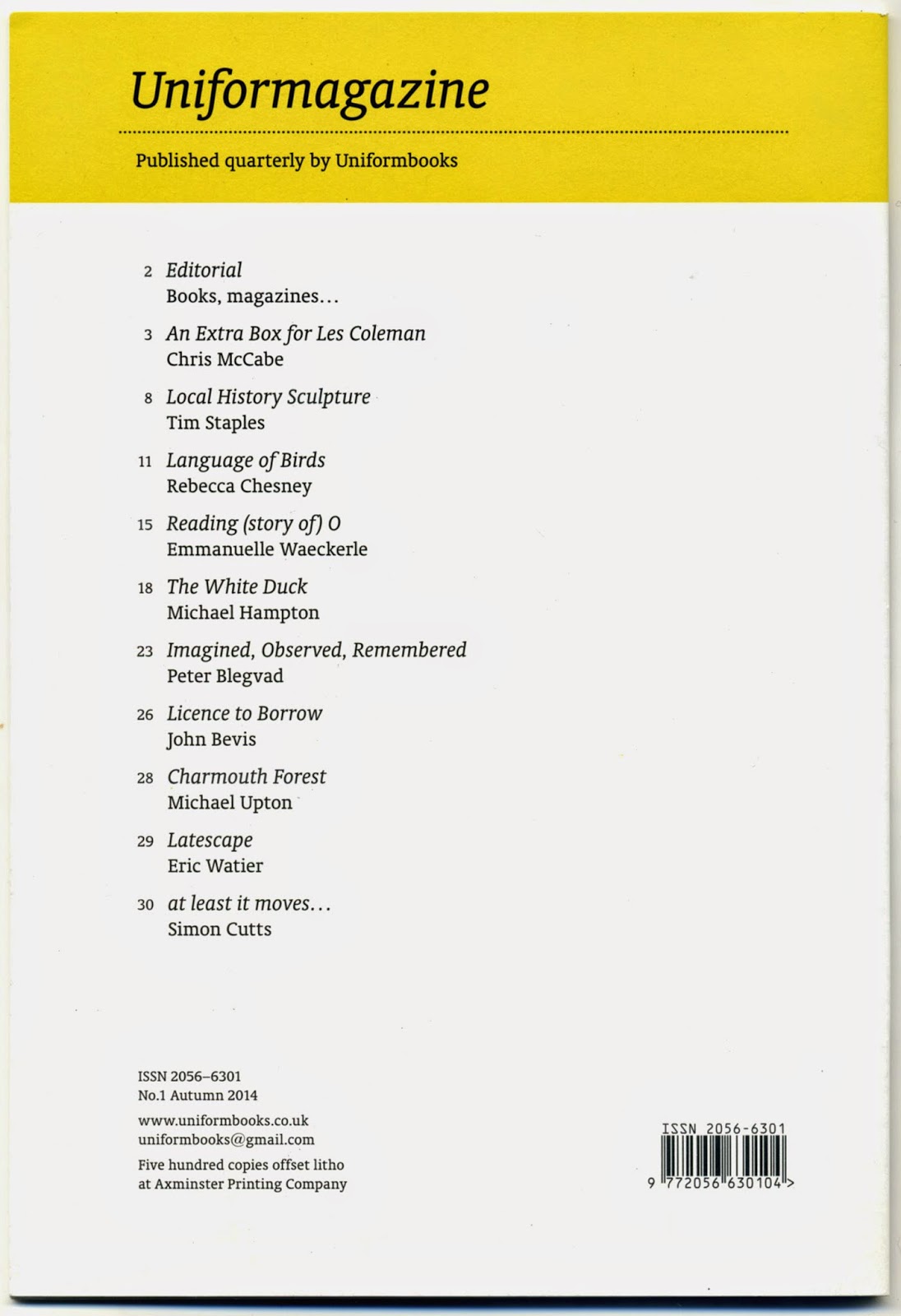 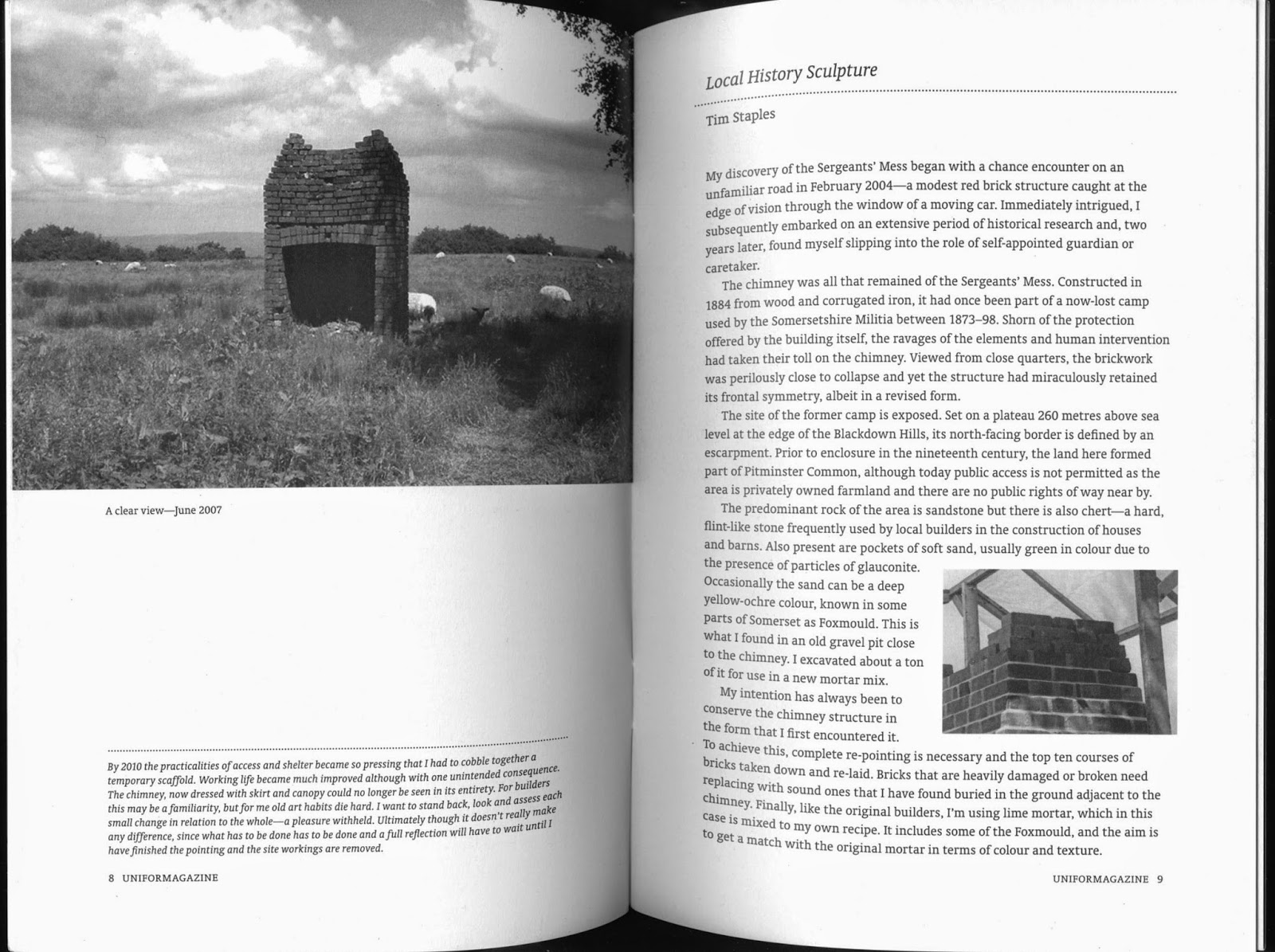 Uniformagazine, a new quarterly published by Colin Sackett and his imprint Uniformbooks with contributions by John Bevis, Simon Cutts, Tim Staples and others 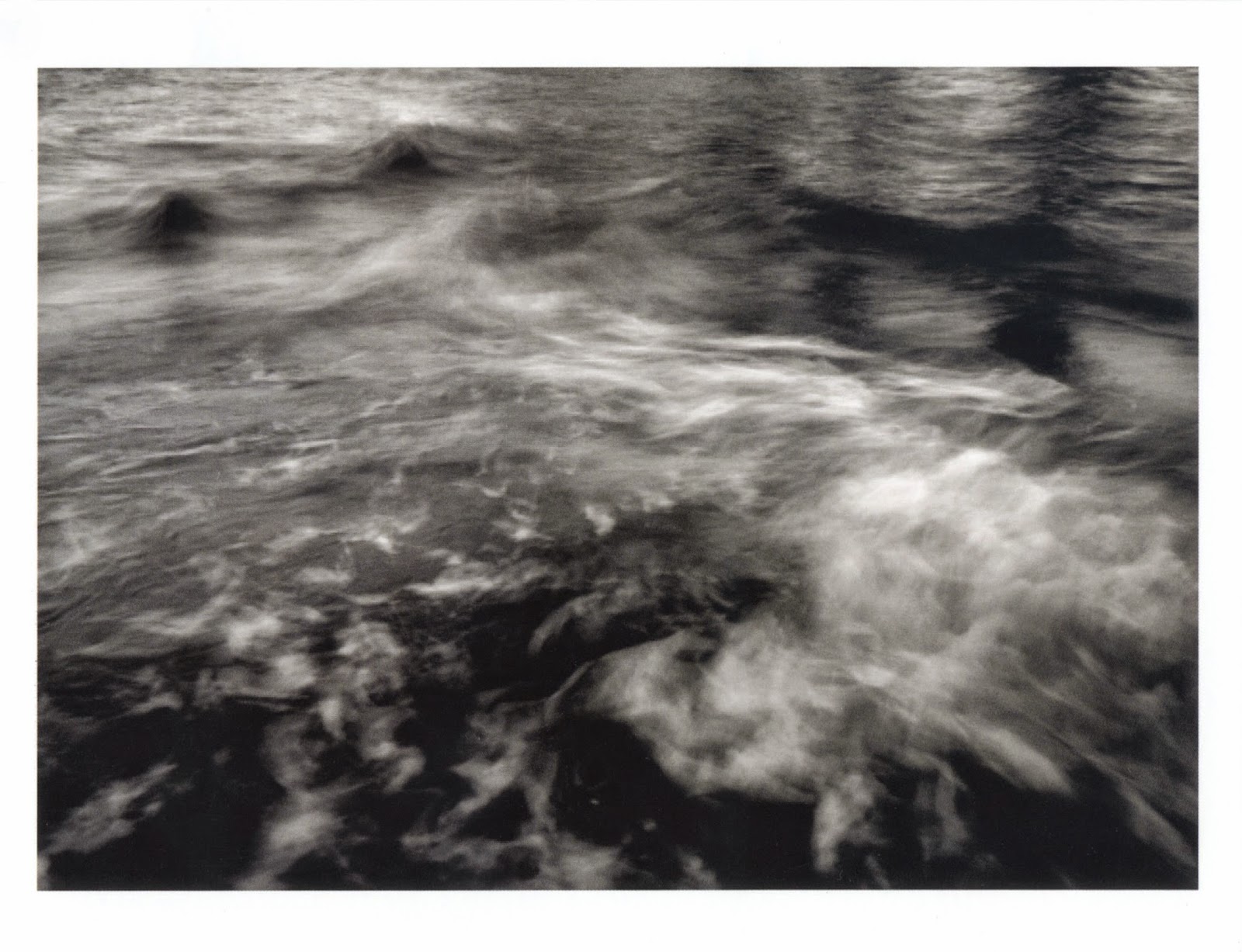 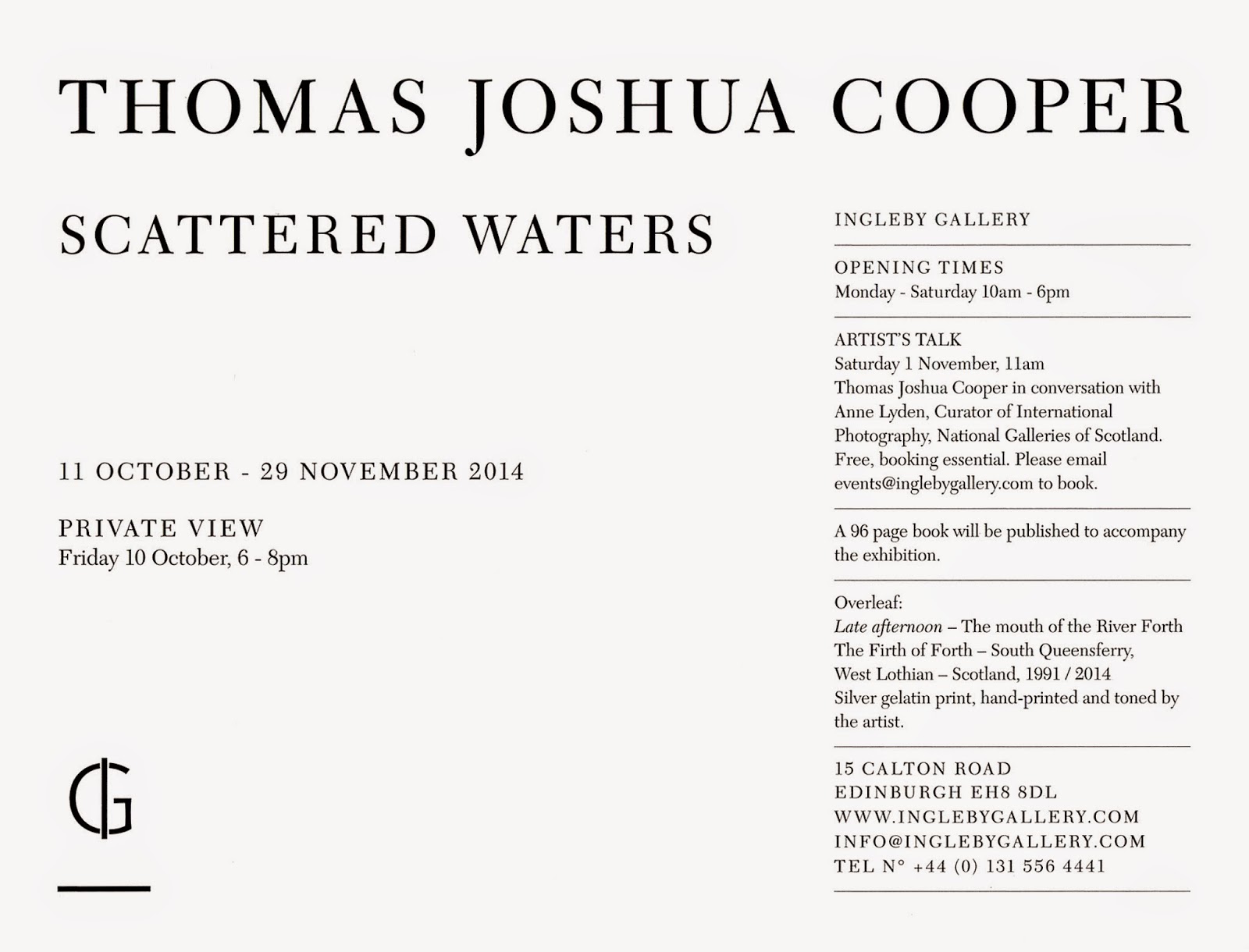 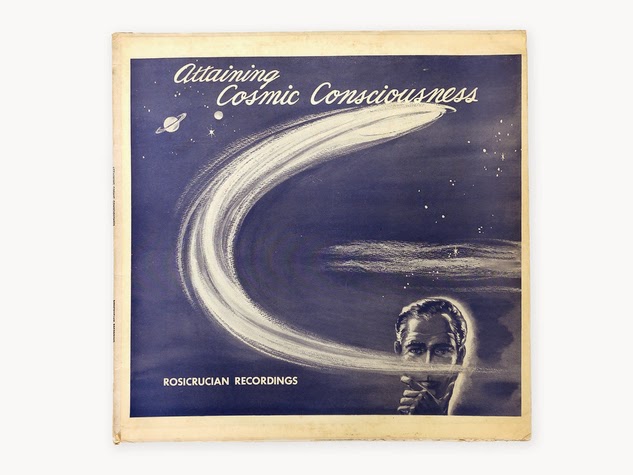 Tenderbooks is pleased to present a display of books, drawings, records, pamphlets and ephemera collected by artist Ian Whittlesea. Some for sale, others not, the collection documents the information and inspiration behind Whittlesea's own publications.
Part physical bibliography and part record of interrelated and overlapping obsessions, the display links Johannes Itten, the Bauhaus, Mazdaznan, Yves Klein and judo with alchemy, physical culture, theosophy, Rosicrucianism and theories of invisibility.
A limited edition letterpress bookplate will be published to accompany the display and a number of the original drawings for Mazdaznan Health & Breath Culture will be on show.
There will also be a short discussion between Anna Gritz (Associate Curator, South London Gallery) and Ian Whittlesea at 7.30pm on the night of the opening.

Ian Whittlesea’s work is concerned with words, and with the ability of text to transform the physical and psychic state of the viewer. His translation of Yves Klein’s Les Fondements du Judo was published in 2009 and his newly illustrated edition of Mazdaznan Health & Breath Culture in 2012. These texts, along with his most recent book Becoming Invisible, have been collectively described as ‘instruction manuals for transcendental exercise’. He is represented by Marlborough Contemporary, London.

A list of available items can be viewed here:
http://ianwhittlesea.net/acc.pdf 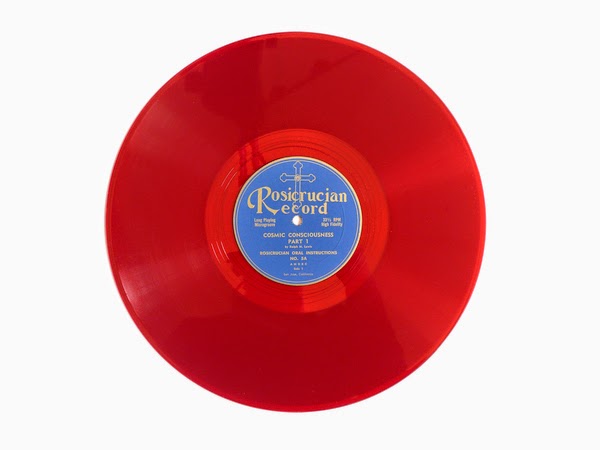 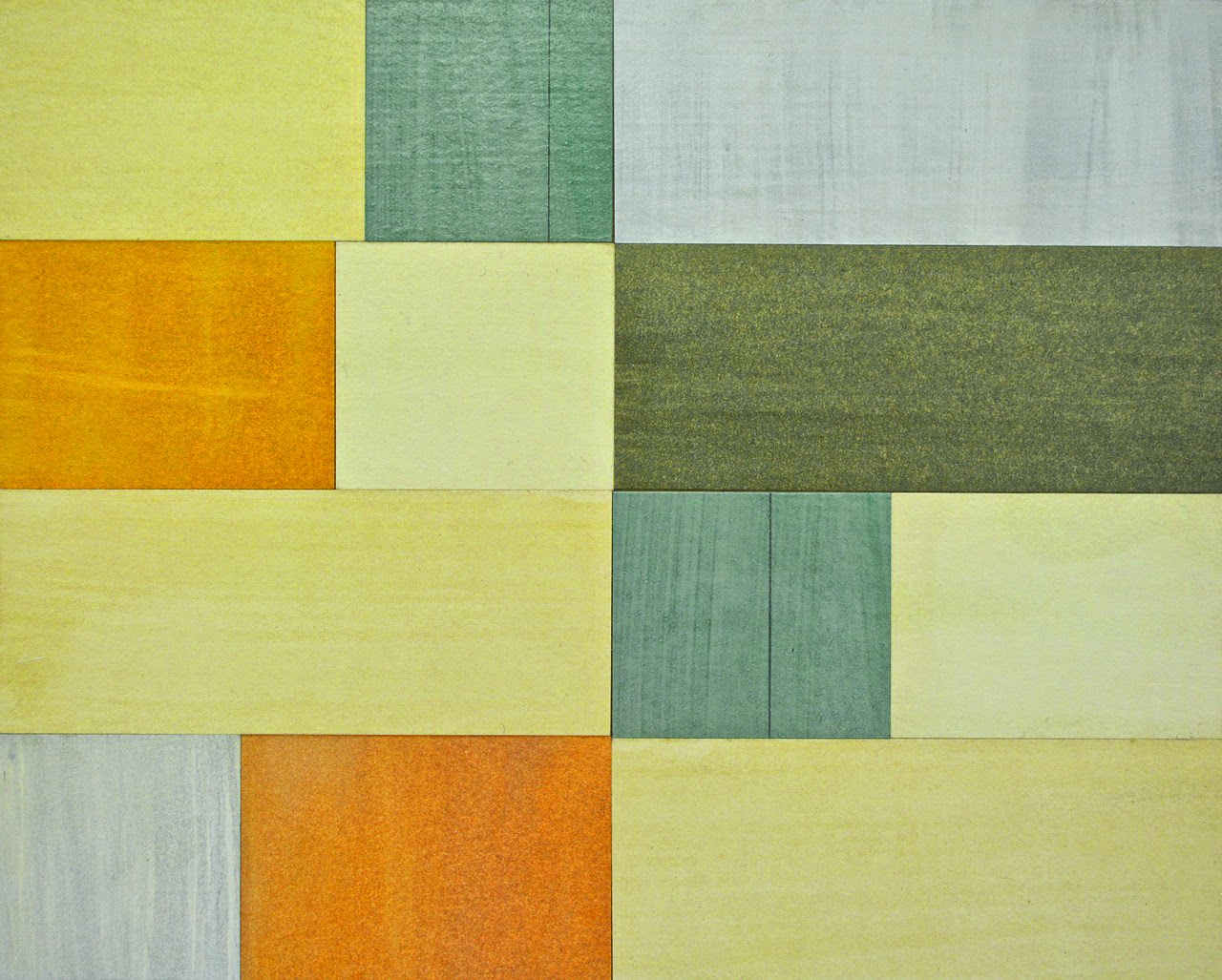 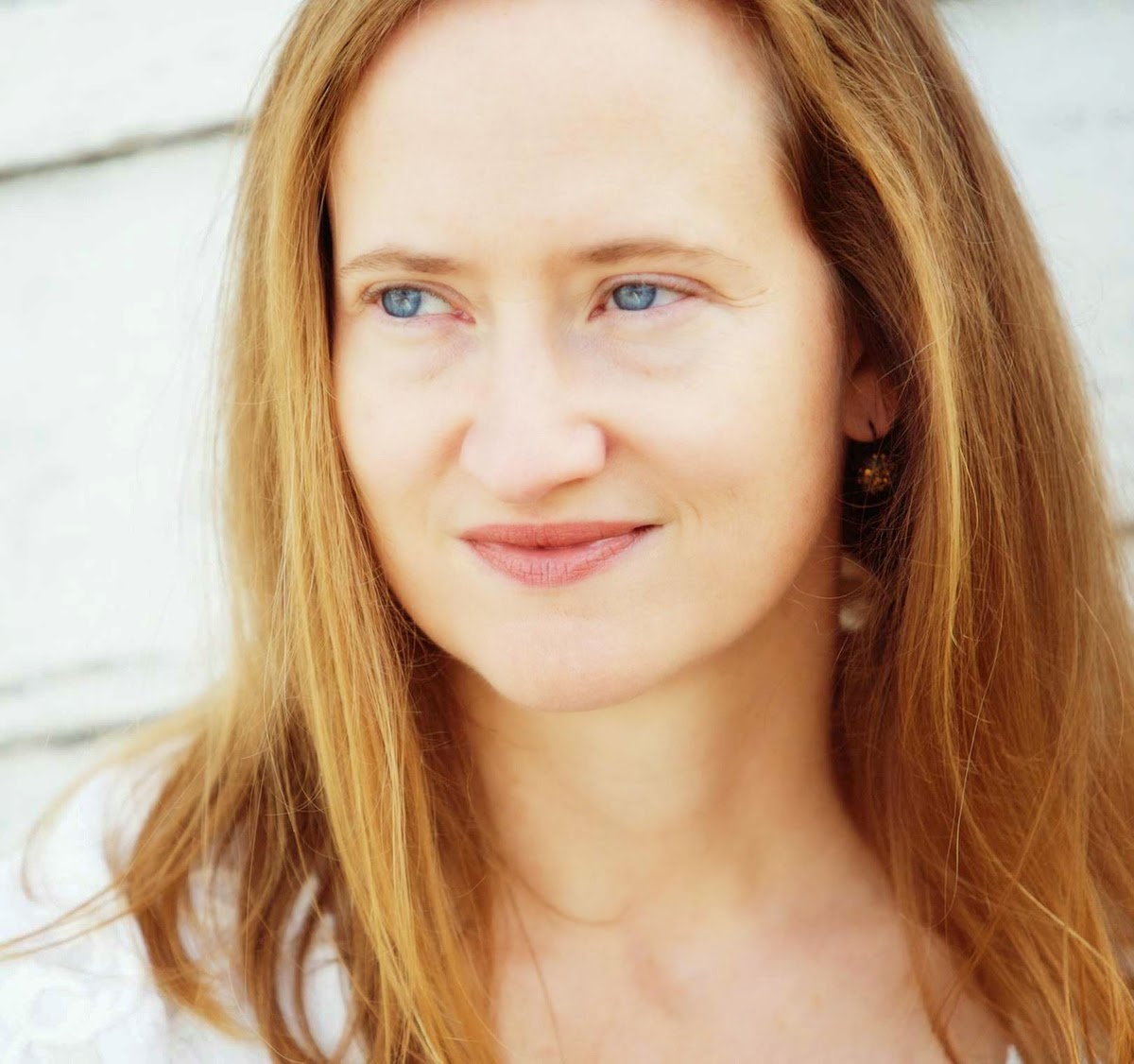 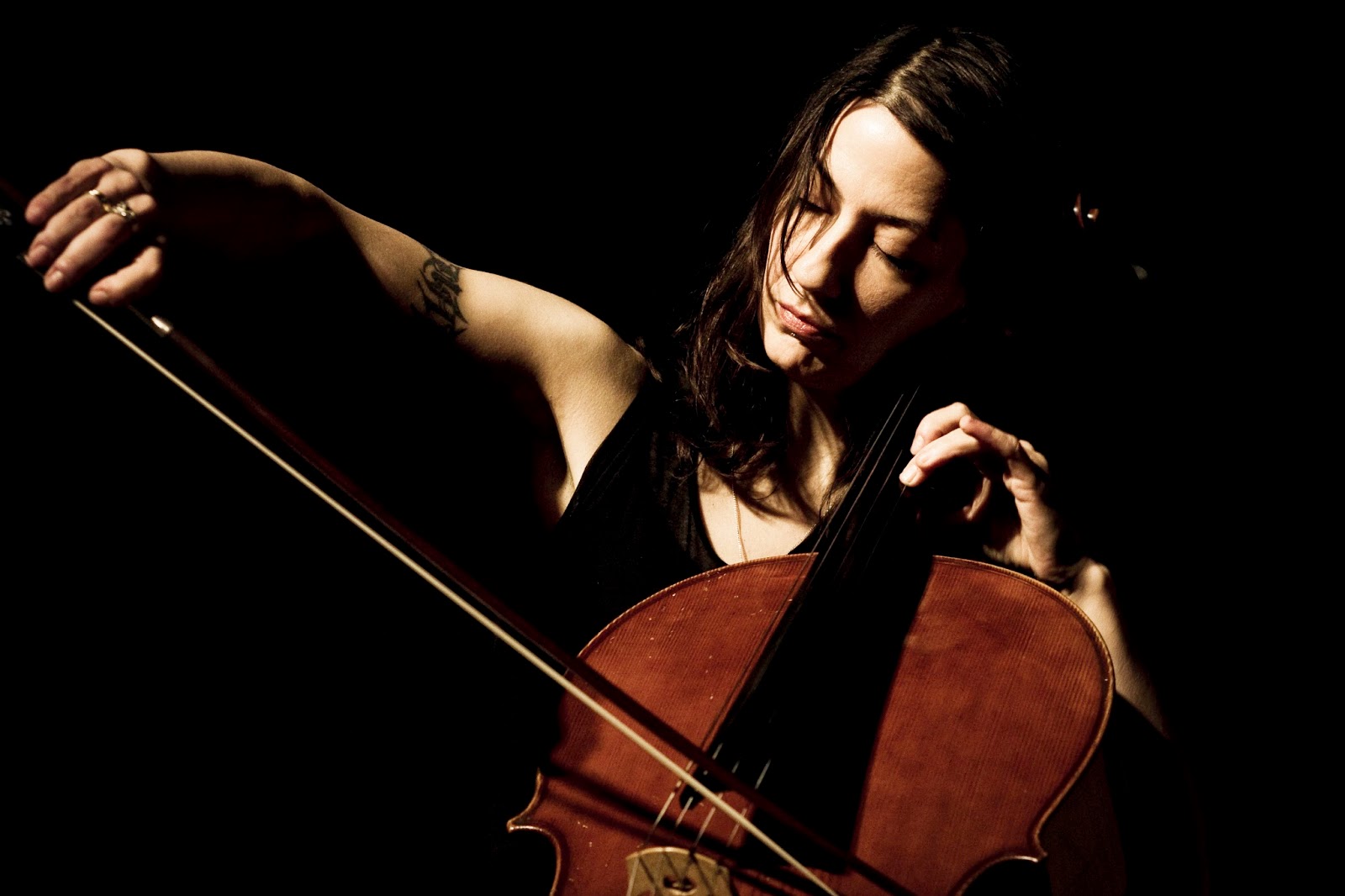 Pianist Rachel Grimes and cellist Julia Kent have been invited to mark the closing of Peter Liversidge's exhibition doppelgänger, at The MAC in Belfast, by composing a new work in response of this exhibition.

The concert is on 19 October 2014 at 7.45 pm
for tickets:
https://themaclive.com/shows/doppelganger-julia-kent-and-rachel-grimes 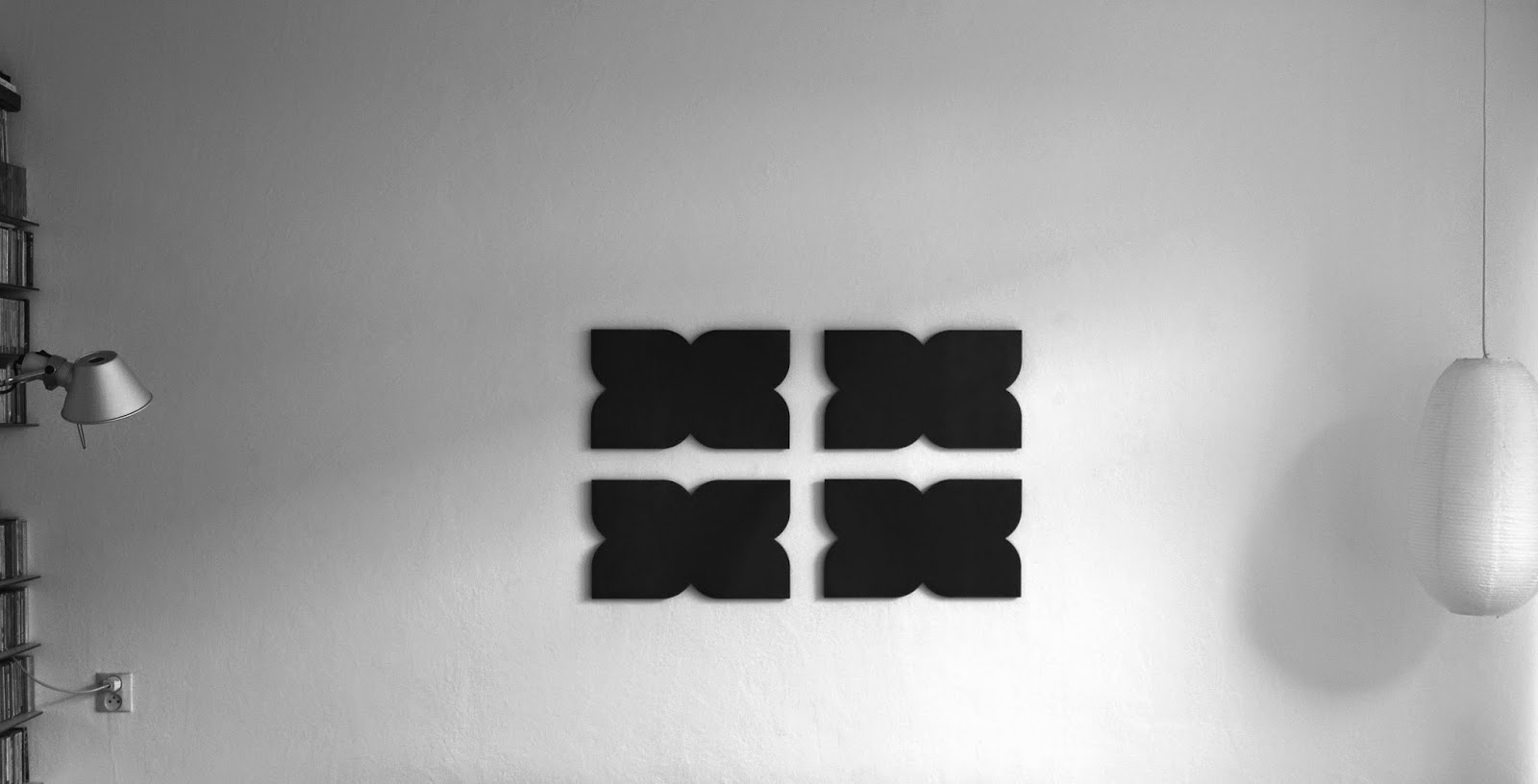 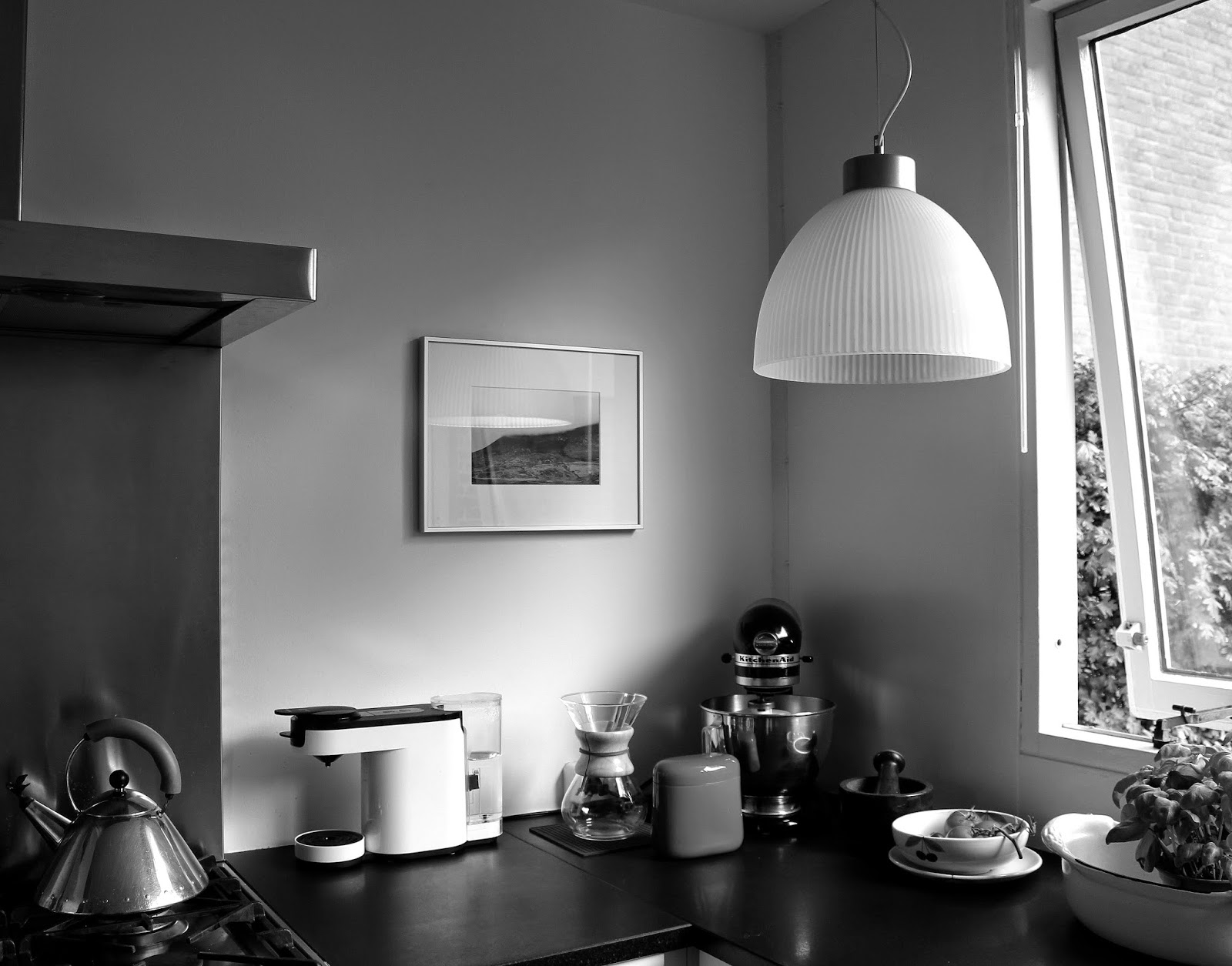 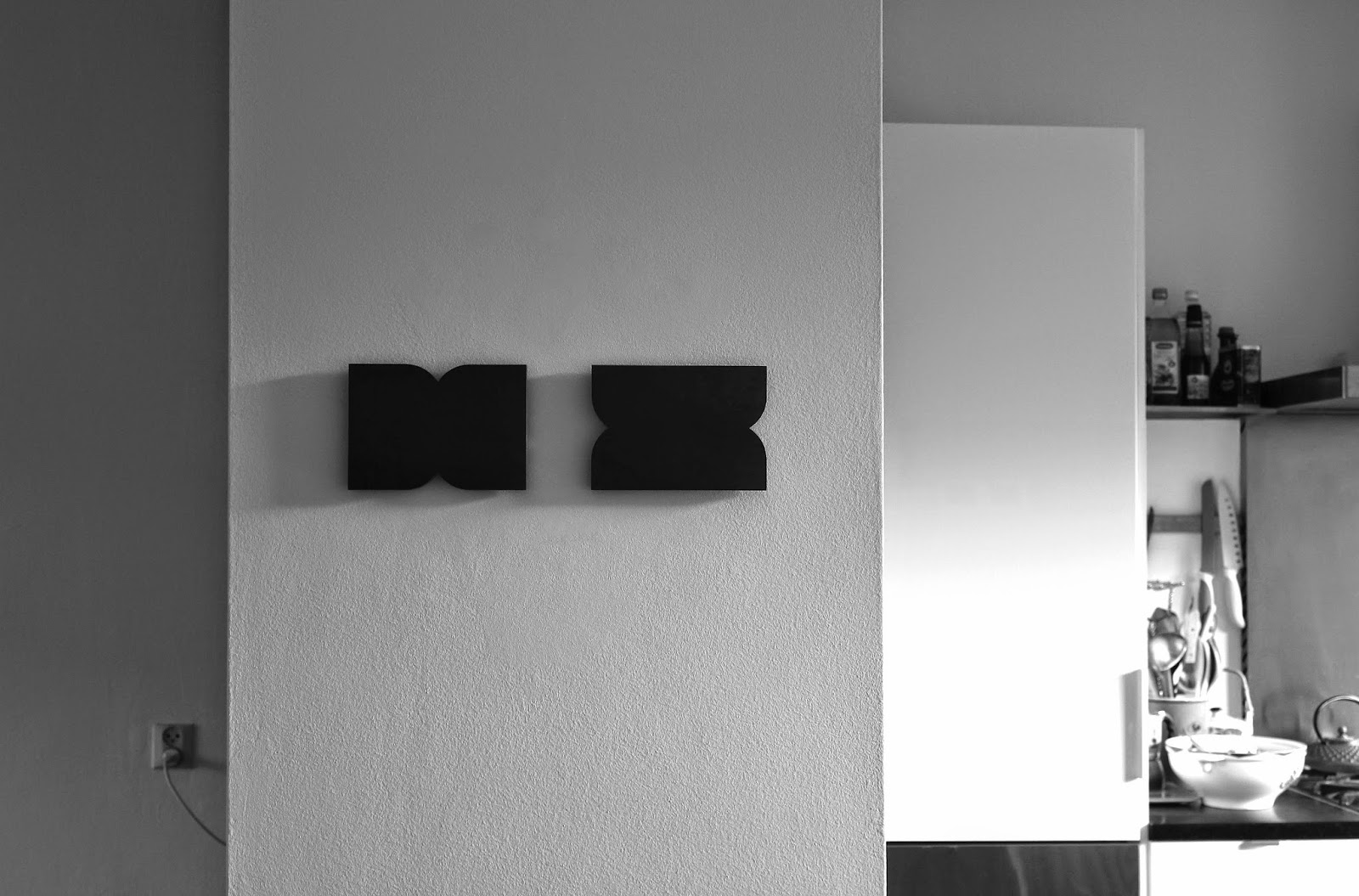 Works in hot rolled steel, anodized aluminium and photoworks are on show in a presentation at the living room of Peter Foolen. On the occasion of this exhibition there are two multiples published: FARAWAY I & II
more info on the work of Cecilia Vissers: http://www.ceciliavissers.nl/
at October 01, 2014 No comments: 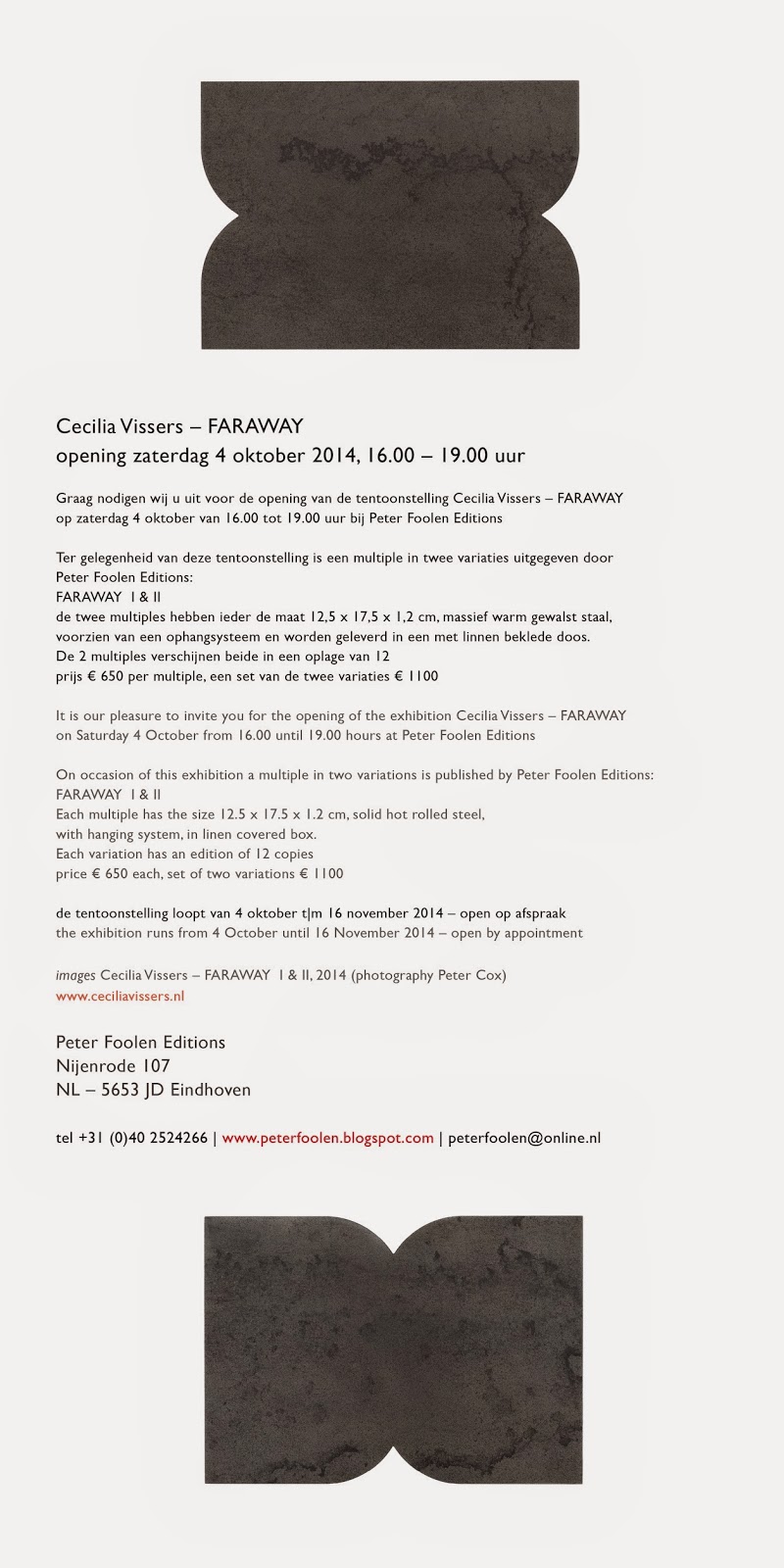