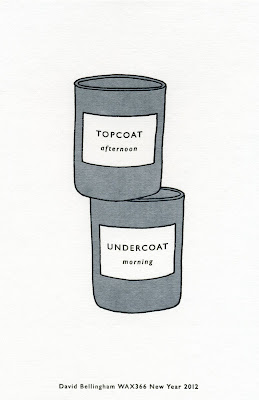 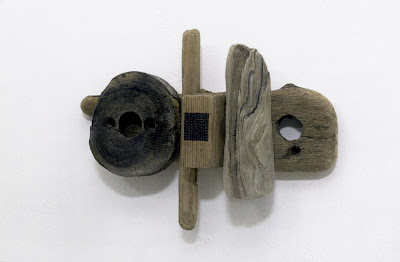 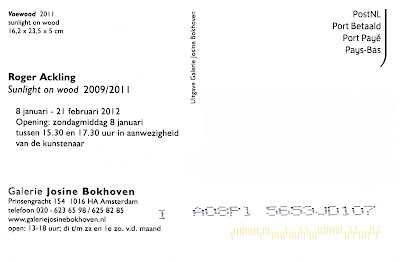 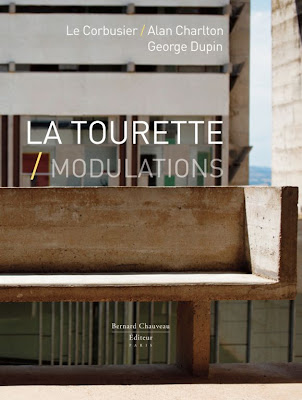 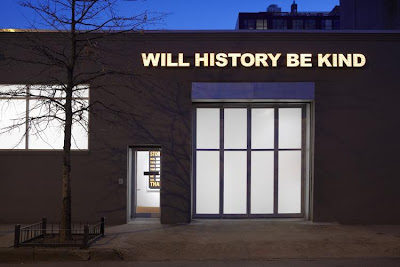 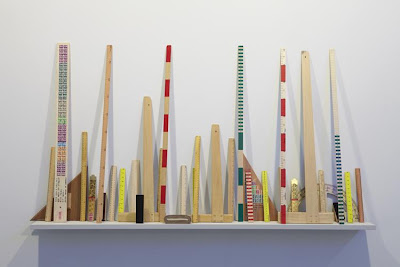 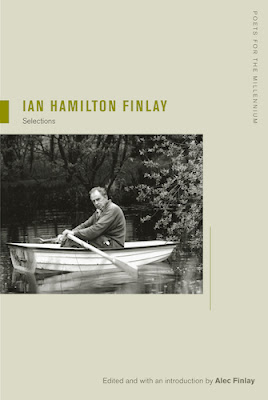 Ian Hamilton Finlay
Selections
Edited and with an introduction by Alec Finlay
A book with selected writings of Ian Hamilton Finlay, to be published in March 2012 by University of California Press, Berkeley, CA, as part of the series Poets for the Millenium.
available at Amazon and University of California Press
www.ucpress.edu
£ 16,95 (paperback, isbn 9780520270596) / £ 41,95 (hardcover, isbn 9780520270589)
at December 19, 2011 No comments: 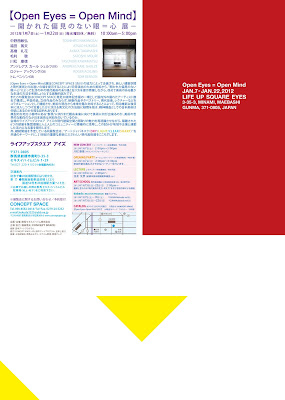 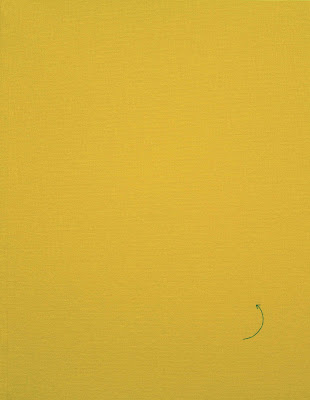 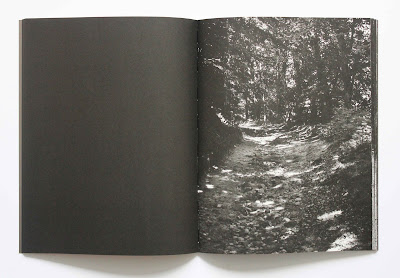 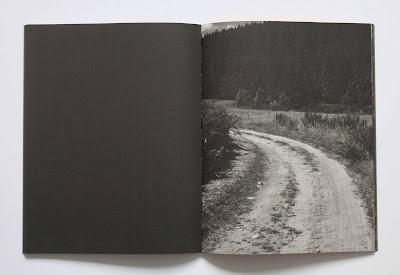 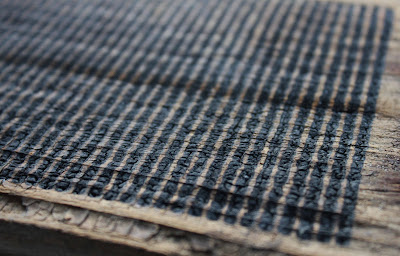 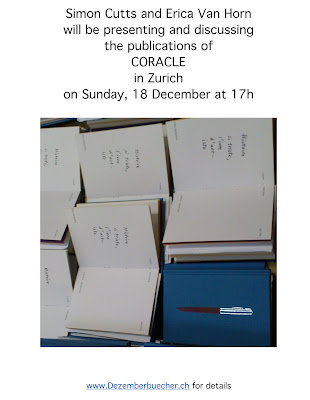 Email ThisBlogThis!Share to TwitterShare to FacebookShare to Pinterest
Labels: coracle 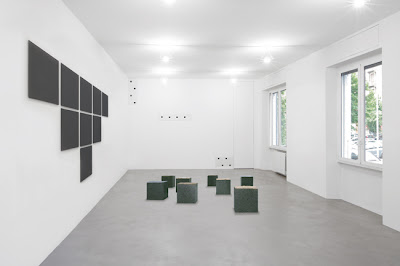 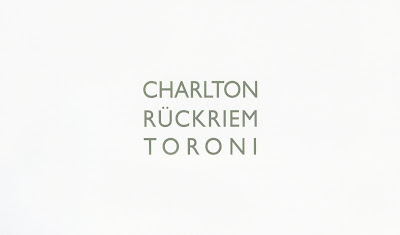 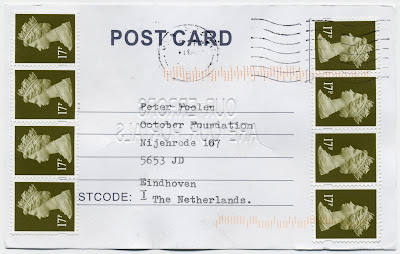 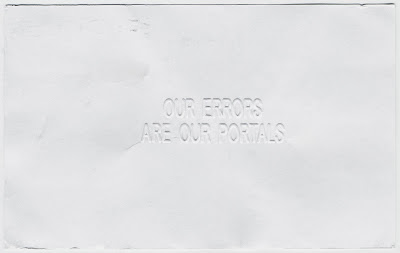 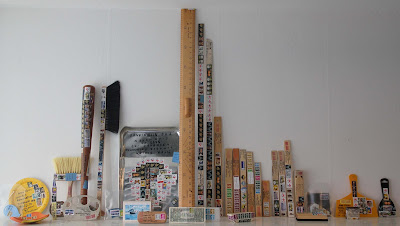 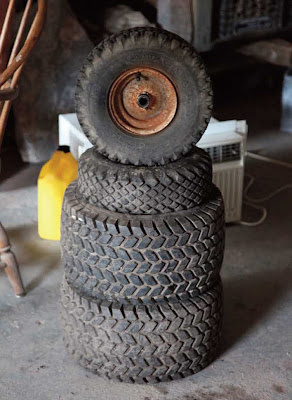 Sean Kelly Gallery is delighted to announce the opening of Peter Liversidge’s new exhibition, Where We Begin. The opening will take place on Thursday, December 8th, from 6pm until 8pm. The artist will be present.

Where We Begin will be Liversidge’s premiere exhibition with the gallery. From the earliest stages of his career, the genesis of Liversidge’s creative process has been the conceptually-based practice of developing proposals for artworks across a wide range of mediums, including performance, drawing, photography, video and neon. Liversidge types his proposals on an old, manual typewriter; complete with typographical errors and handwritten annotations, the proposals for Where We Begin describe ideas from the practical to the purely hypothetical, which, when viewed in totality, create a unique narrative specifically related to the forthcoming exhibition and the beginning of his relationship with the gallery.

While all of the proposals for Where We Begin will be displayed in the exhibition, the artist has chosen to realize only a select group. In many cases, these realized proposals relate to found objects that Liversidge encountered on his recent visits to New York. Banal, everyday materials are repurposed for his use, in this case stripped of their original intent by being re-made in materials most often associated with fine art: a stack of old tractor tires found on the roadside in upstate New York will be shown as a classical marble sculpture; small twigs from a tree that fell near the artist during a morning walk in Soho will be cast in aluminum; and a commercially-available help wanted sign – found at a local five and dime – will be enlarged to five times its normal size and screen printed on aluminum.

Liversidge’s work often requires the presence of the viewer and their unique interpretation of the proposals to complete the aesthetic experience. The artist’s active engagement with each space and community for which he creates proposals is at the center of his varied and dynamic practice. In one such work for the exhibition, Liversidge has invited the gallery’s postal carrier to create an arrangement of found objects – rulers, t-squares and protractors, among others – that the artist has sent through the mail from London. The arrangement of these objects, displayed on a shelf in the exhibition, will be at the sole discretion of the mail carrier and can be rearranged by her during the course of the show as she sees fit. Other proposed performative actions will take place throughout the duration of the exhibition, some involving gallery staff and others requiring the participation of professional musicians such as Elizabeth Mitchell, who will perform in the gallery on the afternoon of December 17th. Visitors to Where We Begin are also invited to participate in the exhibition by creating artworks through actions outlined by Liversidge within the proposals.

Liversidge has worked with a diverse range of institutions, including the Tate Liverpool in 2008, the Centre d’art Santa Mònica, Barcelona, in 2008, Bloomberg SPACE, London, in 2009 and the Scottish National Gallery of Modern Art, Edinburgh, in 2010. He has also developed projects for the Europalia Festival, Brussels, in 2007, Art Basel Miami Beach in 2009 and Edinburgh’s sculpture park, Jupiter Artland, also in 2009. Upcoming exhibitions include Travelling Light, Whitechapel Gallery, London, December 2011 through February 2012 and Proposals for Helsinki at Kiasma Museum of Contemporary Art, Helsinki, in 2012.

A catalogue containing the complete set of proposals for Where We Begin will accompany the exhibition and will be available for sale. For press inquiries, please contact Maureen Bray at 212.239.1181 or maureen@skny.com for more information. For sales inquiries, please contact Lauren Kelly at 212.239.1181 or lauren@skny.com. Gallery hours are Tuesday through Friday from 11am until 6pm and Saturday 10am until 6pm. Please check the gallery website for holiday hours. 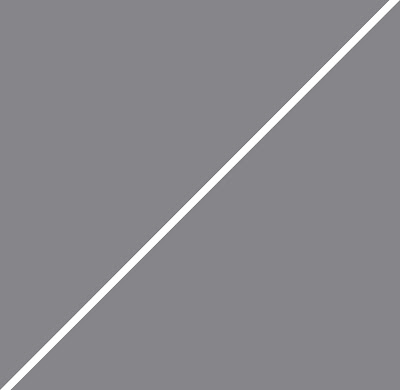