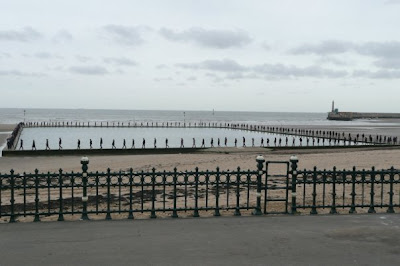 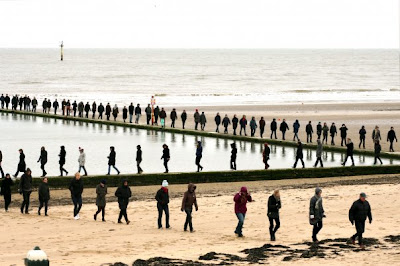 Hamish Fulton – Group Walk
Marine Bathing Pool, Margate, UK
Wednesday 3 March 2010
Over 200 people braved the cold to take part in a group walk with Hamish Fulton around the Marine Bathing Pool, Margate, on the morning of 3 March 2010. Participants completed 7 circuits of the pool wall, walking in silence and maintaining a distance of a meter from the person in front of them.
This was the second of a series of 3 group walks with Hamish Fulton, commissioned by Turner Contemporary. The third group walk will be on 8 November 2010 in Boulogne, France
see www.turnercontemporary.org
photographs © 2010, Turner Contemporary
Geplaatst door peter foolen op 11:48